What is Metaverse? How Will It Affect the Streaming World?

The Metaverse has become a popular term since Mark Zuckerberg announced Facebook’s transition to this virtual form of “multiverses”.

In simple words, a Metaverse is a virtual world made up of digital representations of humans, locations, and objects. To put it another way, it’s a “digital world” where digital avatars represent real humans.

Microsoft Teams, Zoom, or any other video conferencing application using Ant Media Server in video infrastructure are already Metaverses in more ways than one. You may be represented as an avatar, a static picture, or a live video, but you are virtually “present” in the room. As a result, the Metaverse serves as a larger environment for “connecting humans.”

What is a Metaverse?

“What is the metaverse?” This question has been asked a lot lately. The word “Metaverse” means something that goes beyond the universe since the word Meta in Greek means beyond.

In virtual reality, each simulation, application, or game can be considered as one universe. An entire collection of multiple such simulations or applications can then be called a Metaverse.

What we can see today is only the start, but the metaverse is designed to be more than simply a collection of gaming universes. It’s a hybrid of virtual and augmented reality, as well as physical reality.

How does Metaverse affect streaming?

Streaming refers to watching videos and other multimedia content on a computer, smartphone, or other devices by connecting to the internet instead of downloading it on the hard drive. It is already a very popular phenomenon that will only be augmented further by the Metaverse.

People are moving more and more towards e-solutions ever since the pandemic, including online learning, training, meetings, and social gatherings. Online gaming communities and chatrooms have become more popular than before. Both online gaming communities and chatrooms make use of live streaming solutions for individuals or players to connect with each other or view each other’s games. It may even evolve into people streaming live or recorded events in 3D, also known as volumetric video, where viewers can see the physical space from all angles, virtually.

Video games use has been amplified during the pandemic. Deloitte found that 87% of Gen Z, 83% of Millennials, and 79% of Gen X said they play video games at least weekly. More than half of this group said that video games have taken away time from other entertainment activities. When they aren’t playing video games — and even when they are — Gen Z is streaming music. One study showed that half of young adults ages 18 to 29 are streaming music every day. 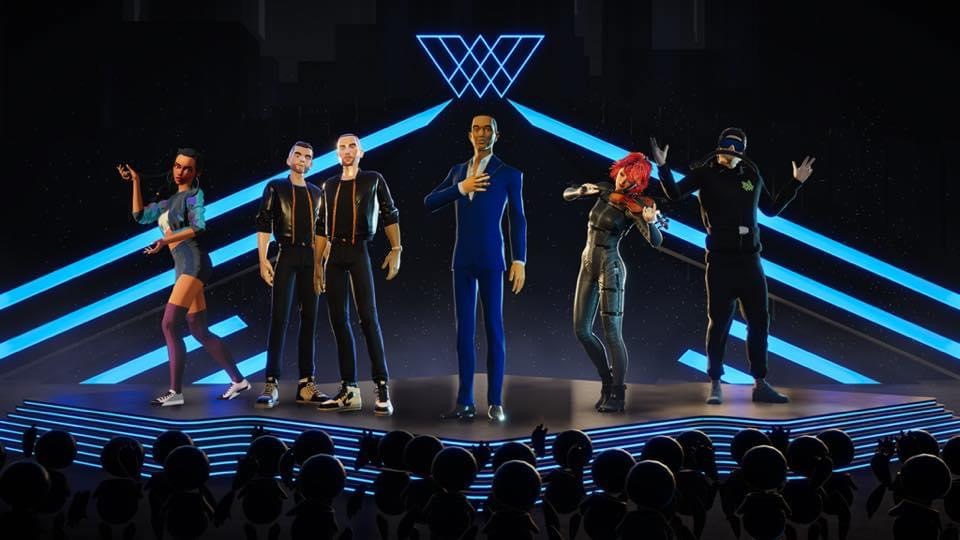 It seems that young people under 30 are less engaged with traditional video formats. They have grown up with social media, instant messaging, video games, and live streams. According to Deloitte, Gen Z could be viewed as early adopters who are influencing the behaviors of Millennials and Generation X, and possibly next generations.

“Media companies should be prepared to evolve and take a diversified approach, starting with gaming. They should spend time and resources getting to know the fluid and multifaceted entertainment habits of Gen Z and designing experiences to attract them.”

Btw, Bloomberg Intelligence predicts that the market opportunity for the metaverse could hit $800 billion by 2024. 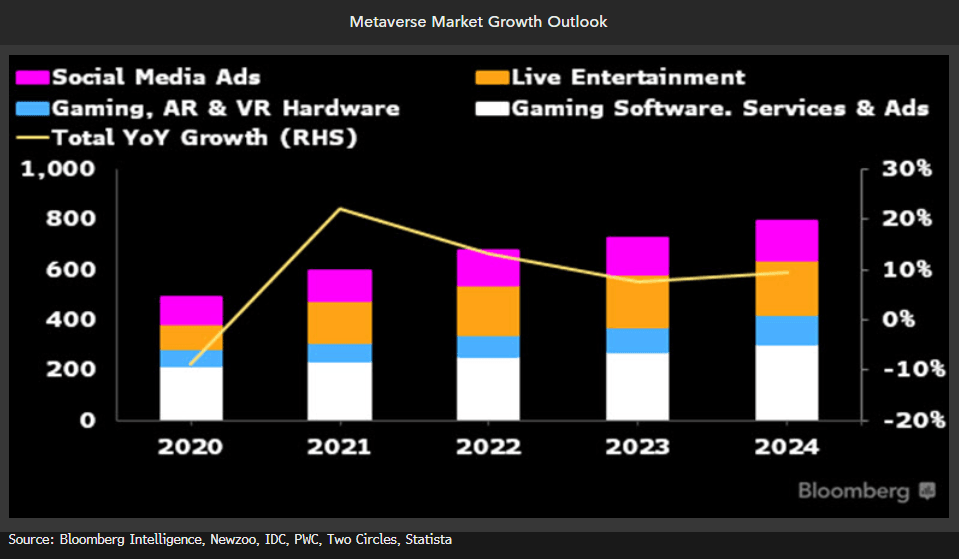 What would you do there?

“Work and play. For example, “Jane” creates a 3D avatar — a digital representation of herself — within Facebook or Microsoft Teams and uses it in virtual office meetings. After work, she has tickets to a virtual concert with friends and all their avatars appear among the hundreds of heads in the audience. The music finishes and the band says, “Don’t forget to buy a T-shirt!” Jane browses the designs at a stall just as she would on Amazon, Asos, or Taobao today, pays for one with cryptocurrency, and wears it at the virtual office the next day. A colleague asks to borrow it for his daughter to use that evening in a Roblox game, and she lends it to him.” Nate Laxon of Bloomberg

As you see streaming technologies will be one of the most critical technologies of Metaverse. Even in this simple scenario above, we see video conferencing, live event, and game streaming,

Companies like Epic Games, Facebook, Alphabet, Apple, Microsoft, and even Alibaba predict that Metaverse will certainly be where Gen Z and its successors spend more time. It is almost certain that Metaverse will become the new consumption hub of live and on demand video streams.

Even, Epic Games is raising money to make acquisitions, and build out Fortnite and Unreal Engine. It is obvious that those who invest in streaming technologies, specialize in this field, or establish a partnership with the right partner who already has the technology and expertise will be a few steps ahead of Metaverse competition.

The pros of a Metaverse

One of the coolest aspects of the metaverse is that it will allow individuals to immerse themselves in an infinite virtual space. It allows them to achieve the things they could only imagine, with the help of an avatar.

For example, you could go on a vacation that is perfect by simulating a virtual world where every element of it is customized by you as per your liking.

The metaverse can provide the following benefits:

The cons of a Metaverse

Perhaps the biggest drawback of the metaverse is the disassociation it will create with our real and natural world. The more people begin living in the metaverse, the more they will be addicted to it and the more disconnected they will feel from their physical realities. And this is likely to pass on to the next generation as that is what our children will grow up with right from birth.

Some other cons of the metaverse are:

As a B2B tech marketer, Hamit Demir works as a Digital Marketing Specialist at Ant Media. He has experience in SEO, Demand Generation, and Content Marketing. He spends his free time learning new things.

How to setup an auto-scaling streaming server with Kubernetes

Ant Media Server is a flexible streaming platform that supports autoscaling on the fly. This allows you to ensure your streaming infrastructure continuously adapts itself according to the user traffic of your streaming project. Currently, Read more…

Video Bitrate vs. Resolution: 4 Key Differences and Their Role in Video Streaming

Whether you’re live-streaming content, editing videos for uploading, or preparing for a video conference, you want to make sure your audience receives the best quality sound and vision. And that means understanding the role of Read more…

Ant Media becomes part of the Microsoft Azure Sponsorship program to offer free credits We are so excited to announce participation in the Azure Sponsorship Program. The program will grant qualified users access to complimentary infrastructure Read more…