Ant Media Server (AMS) users are mostly people from Product Engineering teams, IT departments and most of them are also software developers. So we have received lots of requests for plugin mechanism. We have been working on such a mechanism that lets AMS users integrate their extensions with AMS. In this blog post,  I will tell the interaction points ie. interfaces between the AMS and plugins. I will also want to tell these on a sample plugin project.

In this part, I will introduce the interactions (interfaces and methods) between the AMS and the plugin. This interface has methods that have parameters from FFmpeg types. You may check our FFmpeg blog post for a first insight.

From AMS to Plugin Interaction

There are two main interfaces to get decoded video frames or encoded video packets from the AMS.

Use cases and onFrame return values:

onVideoFrame method has such a signature.

AVFrame is passed to the method and also it returns AVFrame.

The returning value is very important for the AMS execution. There may be 3 different use cases:

Your plugin only gets the video frame and work on that video frame but doesn’t feed the manipulated frame to the server again.  In this case, the work should be in a different thread and onVideoFrame should return the same AVFrame that passed to the method.
example: you may have such a a plugin that only collects the frame for statistics

For example, you may have such a plugin that streams the AVFrame with a new protocol that isn’t available in AMS or you may only record the frames.

From Plugin to AMS Interaction

Interaction from the plugin to the AMS is managed through AntMediaApplicationAdaptor class.

These methods are for subscribing or removing Packet or Frame Listeners to the AMS. You need to register your objects in the plugin to the AMS to receive packets or frames. 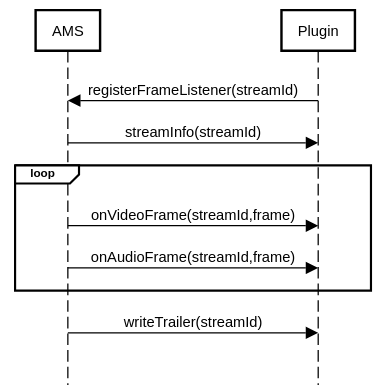 AMS has such ingestion cases as WebRTC, RTMP, and stream source pulling. But you may want to have such a broadcast that is fed by the plugin instead of these ingestion cases. In this case, you can create a CustomBroadcast and you may feed it from the plugin.

For example, you may have such a plugin that receives frames from an external source and feed them to the CustomBroadcast. Then CustomBroadcast can publish this stream with WebRTC, HLS, or DASH. 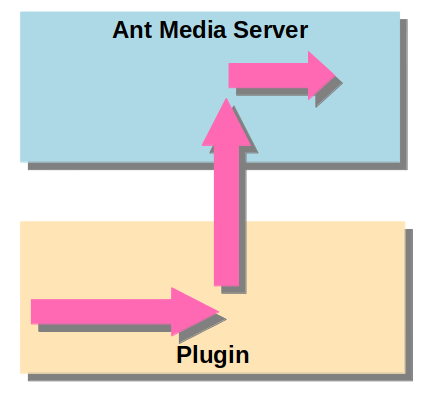 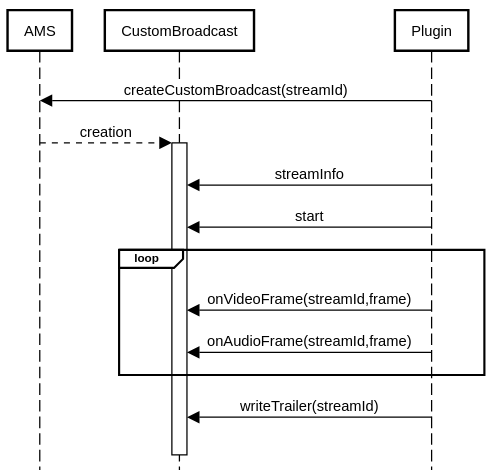 After building your Plugin Project you should copy the jar file into /usr/local/antmedia/plugins directory.

I will explain the process to create a Plugin application, with an example project. This project gets the video/audio frames and packets then provides statistics for them with a REST method. You can find this project on GitHub.

Call the register POST REST methods to register the stream as Frame Listener and Packet Listener as follows:

Call the stats GET REST method to get the frame and packet stats as follows:

Consequently, we have responded to your valuable requests for the plugin by implementing this feature. It will be released with v2.4.0 but it can be available in the snapshot releases as well. Now we are looking for your contributions as plugins to expand our ecosystem together. 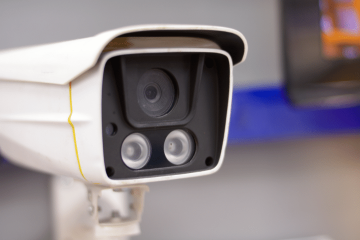 Publish and play streams behind NAT with Ant Media Server

In Ant Media, we always try our best to listen to what you need and to meet your requirements. With the latest 2.4.3 version, we provided a solution for one of the requests which have Read more… 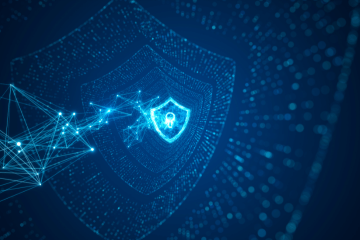 In Ant Media Server, there are numerous Security options for Publishing and Playing Streams. We’ve introduced another one, Webhook Authentication for Stream Publishing, in version 2.4 and higher. Whenever the stream initiates, Ant Media Server Read more… 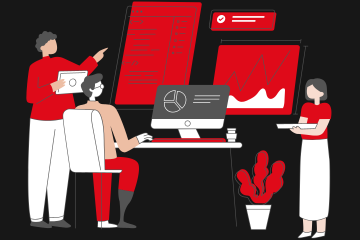 How to Migrate Your Live Streaming Application to Ant Media Server

Ant Media Server is one of the most used real-time streaming engines in the world. It has a very flexible license-based pricing model. You can have hourly, monthly, annual or perpetual licenses. Thus, you can Read more…