A new release (v2.4.3) is available to download for Ant Media Server. Before mentioning technical highlights including SRT ingest, the ability to develop custom applications, and the exciting play local IP Cameras from anywhere feature,  I just would like to thank everyone that is being part of this journey. As you download your copy, we always welcome our community to let us know about new feature requests, submit issues, or provide feedback about our new documentation platform.  No matter what level, we love reading all your comments, and we are always very excited to get connected with you. 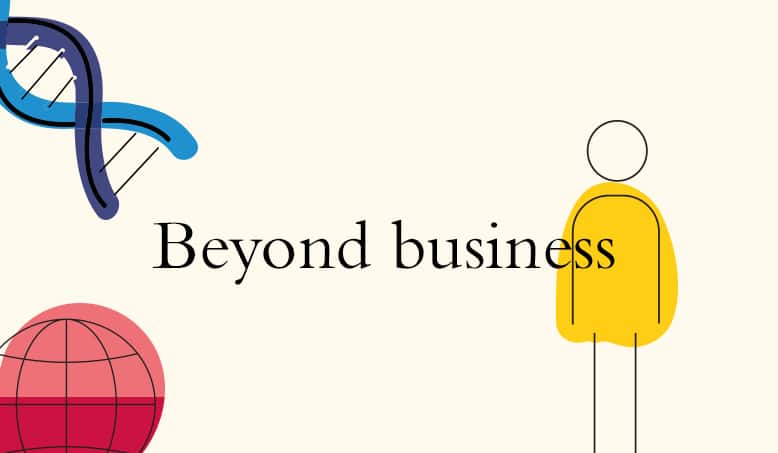 Beyond business, our goal is to be part of the solution in the world and to show one more sample that ordinary people (like us) can work together remotely, building a platform that the whole world can benefit from. If you would like to be part of this goal, please reach out to us and we can at least have a coffee together 😉

I’m a technical person like some of you, and I think it’s enough to mention these non-technical things 😛 Let’s get back to highlights for Ant Media Server v2.4.3.

We have been getting a lot of requests about SRT to ingest, and this feature is now available in the Enterprise Edition. Now, you can push streams to Ant Media Server with SRT and can play not only with WebRTC but also with all other formats (e.g HLS, CMAF), and record it as MP4. Adaptive streaming is also supported for SRT ingest.

Let me tell you how to test and use this feature.

After you run the command, the stream is going to be available in “WebRTCAppEE” with a stream id “stream1”.

If you don’t have command line tools experience, you can use OBS to push SRT stream to the Ant Media Server.  If you are not familiar with OBS, you can take a look at this blog post . Just enter the SRT URL to the stream window as shown in the image below. 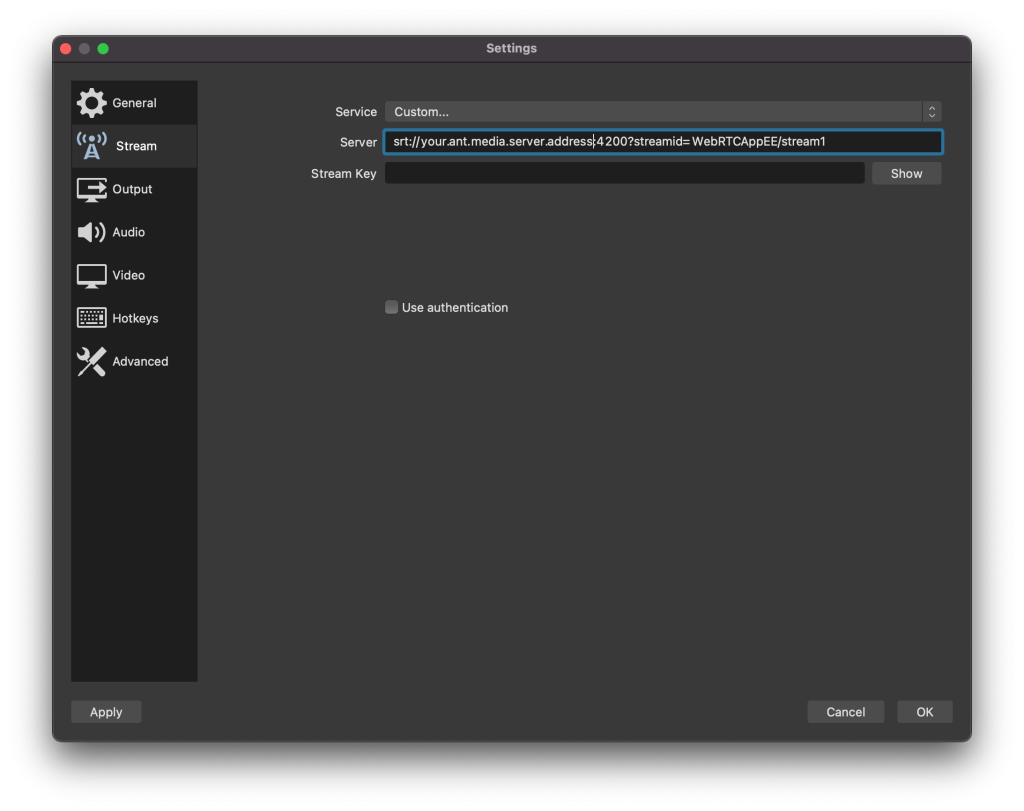 After you publish the stream to the Ant Media Server either from OBS or ffmpeg, it becomes available in the web panel to watch as any other ingested stream. 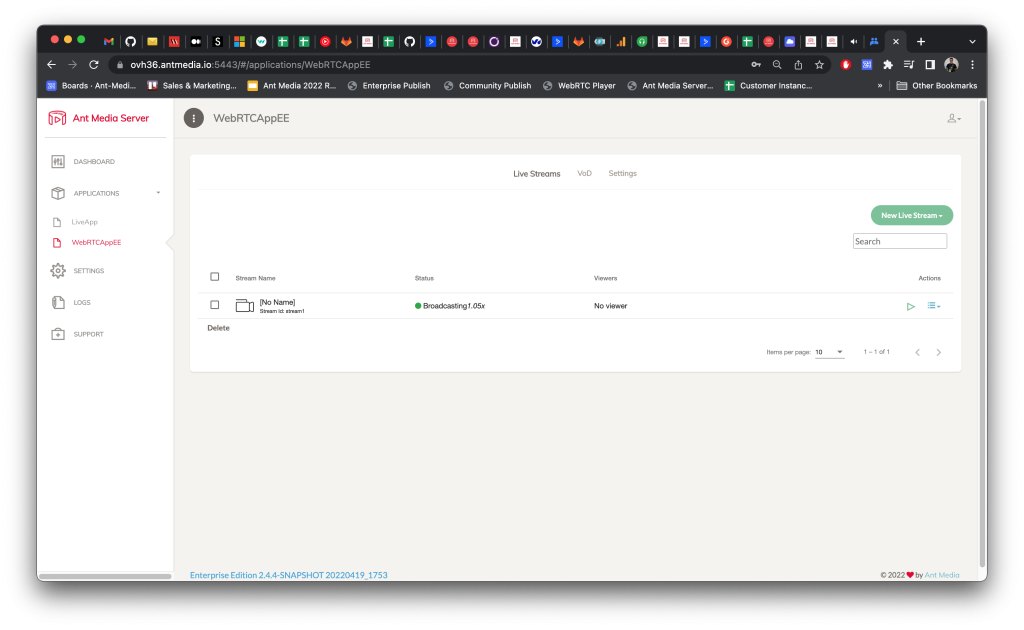 SRT is enabled by default in Ant Media Server and it uses the 4200 (UDP) port by default. If you need to change, just open the

and add/replace the following property

After this, restart the server and it will use the new configured port number for SRT ingest.

Lastly, SRT support is available in X86_64 architectures. It’s not currently available in ARM and will be added in the next release.

With the new updates, you can deploy your own custom-developed applications to Ant Media Server. Even if it seems that it’s a small feature, I think there is really a great opportunity for the developer community.

First, login to the web panel of Ant Media Server as usual and click the “New Application” button. 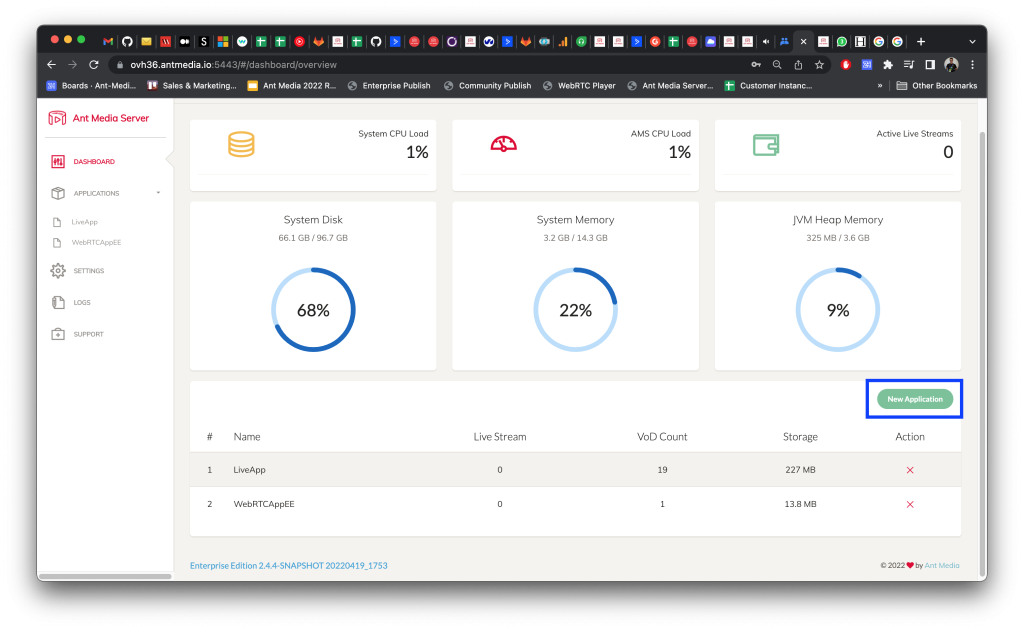 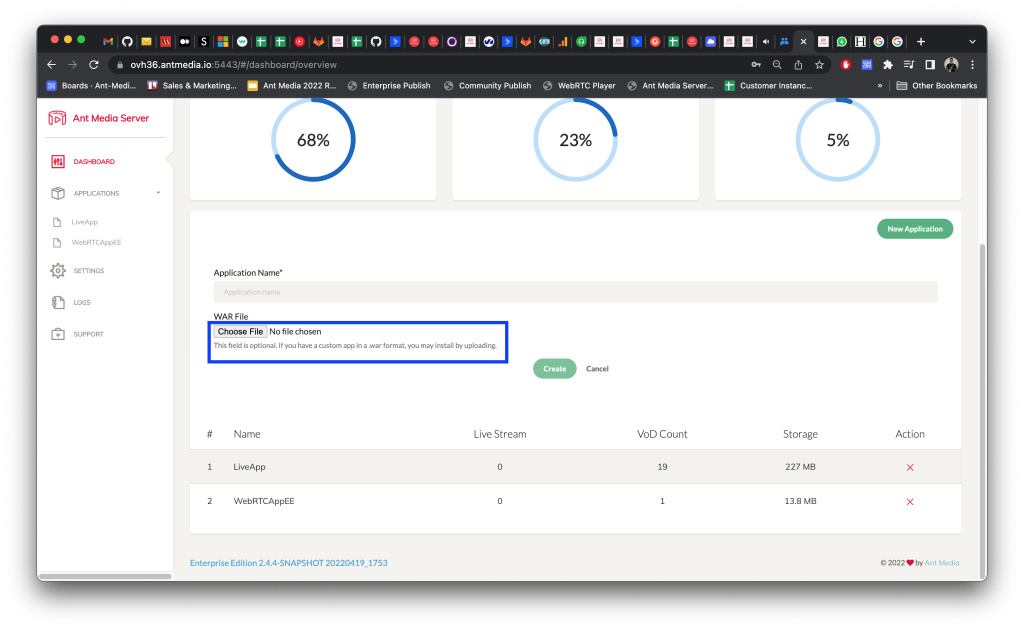 After you name your application and choose the WAR file, click the “Create” button and the application is then deployed both in standalone and cluster modes.

The ability to play local IP cameras is a  known problem. In this version, Ant Media Server can pull RTSP streams from IP cameras and convert them to WebRTC. For a permanent solution to this, we have two deployment scenarios.

If there are IP cameras in a local network behind NAT, one port should be opened in the router/switch for each IP camera to let the Ant Media Server (running in cloud) access to the IP camera. If there are just a few cameras, it’s not an issue. If there are tens of cameras, it creates both security vulnerabilities and is hard to maintain. It also consumes too much network bandwidth.

In order to make the users watch the IP camera, one port should be opened for each camera in the router in the local network configuration making this scenario vulnerable.

Just like the first scenario, this time an Ant Media Server is deployed to an instance in the local network. In order to watch the stream, another instance of Ant Media Server should run in the cloud to watch those IP cameras. There is no need to configure the router/switch for each of the cameras. However, two instances should be running at the same time having the stream. It also consumes too much network bandwidth.

How to play IP cameras behind NAT directly

Before explaining the steps one by one, we would like to mention that this is an experimental feature.

In this post, we have covered the highlights of the Ant Media Server v2.4.3. If you would like to take a look at the changelog, please visit this link. You’re always welcome to give feedback and we’re happy to hear from you. Please reach out to us through the contact form or e-mail.