RTSP: The Real-Time Streaming Protocol. What is RTSP and How Does It Work?

RTSP is still one of the most preferred protocols for IP cameras. It also remains the standard in many surveillance and closed-circuit television (CCTV) architectures.

In this blog post, we will dive into the RTSP protocol in detail. You’ll find an answer to the question of what RTSP is and how it works. Also, you will be able to compare other protocols to RTSP and find the best alternative to the RTSP streaming protocol.

What is a streaming protocol? 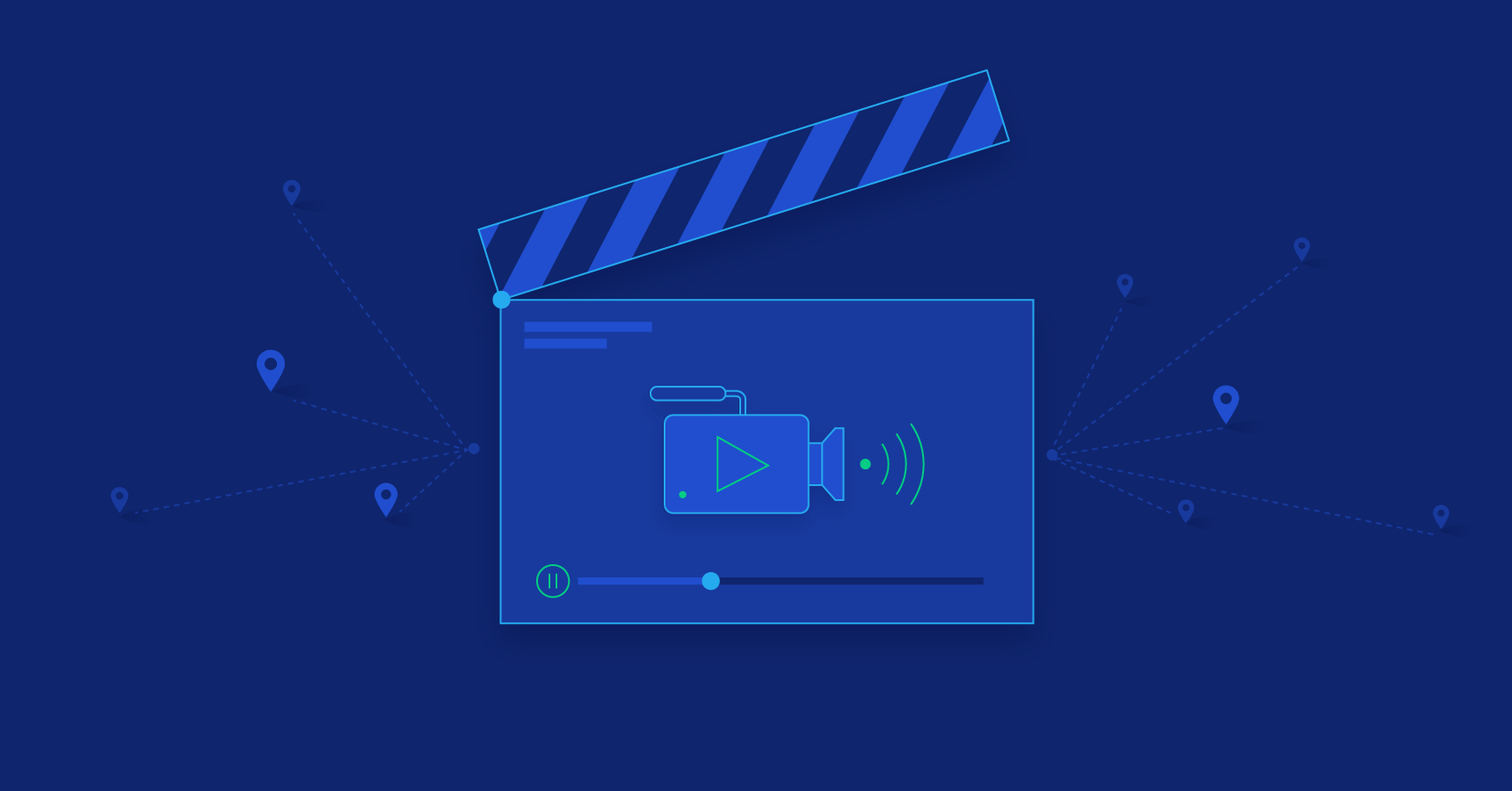 For a successful process, the end device must support the protocol used by the sender. Otherwise, it will not be possible to play the broadcast.

Let’s find out what RTSP is from IETF!

“The Real-Time Streaming Protocol (RTSP) establishes and controls either a single or several time-synchronized streams of continuous media such as audio and video. It does not typically deliver the continuous streams itself, although interleaving of the continuous media stream with the control stream is possible In other words, RTSP acts as a “network remote control” for multimedia servers.”

When a user starts a video stream from an IP camera using RTSP, the device sends an RTSP request to the streaming server. After the setup between IP camera and server is completed, video and audio data can be transmitted using RTP.

The history of RTSP streaming

RTSP streaming has been used for quite a long time. A partnership between RealNetworks, Netscape, and Columbia University first developed and delivered the protocol in 1996-97. RTSP protocol was developed through hands-on experience of streaming practice with RealNetworks’ RealAudio and Netscape’s LiveMedia. Its main purpose is “VCR-like control” over media streams. VCR-like control is the ability to play, pause, rewind, and otherwise direct the viewing experience. It was pretty cool in the late ’90s, even if it doesn’t sound interesting right now.

RTSP was standardized in 1998 as RFC 2326 and immediately became useful as a way for users to play audio and video directly from the internet without downloading the files to their device first. People really liked it!

It was built on existing standards of the time, resembling HTTP in operation (therefore easily compatible with existing HTTP networks), and was able to use SDP (Session Description Protocol) for multimedia communication sessions.

It is an application layer protocol that communicates with a media server to create a session and send commands such as “Pause” and “Play” rather than transmitting actual streaming data. Traditionally, most RTSP servers use RTP (Real-Time Transport Protocol) and RTCP (Real-Time Control Protocol) to transmit media streams.

As I said above, RTSP was once one of the leading streaming technologies for internet audio and video streaming. Over time, HTTP-based streaming technologies and adaptive bitrate streaming solutions began to eclipse the old technologies such as RTSP and RTMP (R.I.P). Original authors Anup Rao, Rob Lanphier, and others proposed an RTSP version 2.0 in 2016, with updates intended to shorten round trip communications with the media server and address some issues with network address translation (NAT).

It also remains the protocol of choice for IP cameras, which are used in a majority of surveillance, CCTV, and conference video technologies all of which might be used as a source for live broadcast.

How does RTSP work?

RTSP is conceptually similar to HTTP in function and was easily compatible with existing HTTP networks when it was first developed.

It was described as a “network remote control” for media servers. It was designed to control the streams without downloading any files. When a video stream is started, a device using the protocol sends an RTSP request to the media server that initiates the setup process.

RTSP also supports several control request operations (also known as “commands”) such as play, pause, setup, etc. (I will give you some example requests in the following section.) The first request must also inform the client about the available options via the “OPTIONS” command. After that, a user can watch, or turn off the stream. RTSP maintains an end-to-end connection with TCP and achieves a high throughput over this stable connection without requiring any local download or caching.

The protocol does not support content encryption or retransmission of lost packets, as RTSP is connected to a dedicated server for streaming and relies on RTP to transmit real media. These limitations along with scaling problems led to a drop in overall RTSP usage.

When negotiating and controlling media streams, RTSP usually uses the following commands usually sent from the client to the server:

There are also other types of RTSP requests such as ‘get parameter,’ ‘set parameter,’ and ’embedded (interleaved) binary data. You can find more information here.

Now let’s switch gears and learn about the other protocols that can be alternatives to RTSP. The critical point here is that each protocol has its own unique purpose, features, and way of working. So the “best streaming protocol” completely for each case depends on the usage scenario. After this section, you will be able to choose the best alternative to the RTSP streaming protocol for your needs and use case.

RTMP streaming protocol, Transmission Control Protocol-based technology, was developed by Macromedia for streaming audio, video, and data over the Internet, between a Flash player and a server. Macromedia was purchased by its rival Adobe Inc. on December 3, 2005. RTMP stands for Real-Time Messaging Protocol and it was once the most popular live-streaming protocol. It can be used for first-mile delivery/ingest but can’t be used for last-mile delivery/play.

WebRTC is HTML5 compatible and you can use it to add real-time media communications directly between browser and devices. And you can do that without the need for any prerequisite of plugins to be installed in the browser. WebRTC is progressively becoming supported by all major modern browser vendors including Safari, Google Chrome, Firefox, Opera, and others.

HLS stands for HTTP Live Streaming. HLS is an adaptive HTTP-based protocol used for transporting video and audio data/content from media servers to the end-user’s device.

Common Media Application Format (CMAF) is basically a new format to simplify the delivery of HTTP-based streaming media. It is an emerging standard to help reduce cost, complexity and provide latency of around 3-5 secs in streaming.

Let’s look at what Akamai said about this:

“These same files, although representing the same content, cost twice as much to package, twice as much to store on origin, and compete with each other on Akamai edge caches for space, thereby reducing the efficiency with which they can be delivered.”

The importance of CMAF comes into play here. As a standard streaming format across all platforms, it helps us with single-approach encoding, packaging and storage. Hence, Common Media Application Format makes the video streaming process much cheaper and less complicated.

Most IP cameras use the RTSP protocol to capture the broadcast to the media server. IP cameras, which are specially used for surveillance. They also work great when you want to live stream from a fixed location. One of the great things about IP cameras is that they don’t need an extra encoder. When pairing IP cameras with a server, RTSP easily does the job for you.

How to set up an RTSP streaming server for free

You can set up an RTSP server for free here.

Yes, RTSP is still one of the most preferred protocols for IP cameras. It also remains the standard in many surveillance and closed-circuit television (CCTV) architectures.

Do all IP cameras support RTSP?

RTSP or Real Time Streaming Protocol is included on almost all IP cameras, NVRs, and DVRs.

How do I stream video from my IP camera?

You can connect your IP camera to Ant Media Server easily and start streaming. Detailed information.

How do I setup a RTSP server?

This quick start guide lets you set up an RTSP server and start streaming in a few minutes of time. 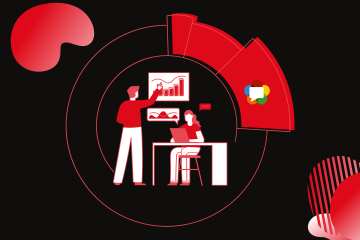 WebRTC (Web Real-Time Communications) is primarily known for its support for audio and video communications; however, it also supports data channels. This article explains more about this and shows you how to use Webrtc data channel. Read more… 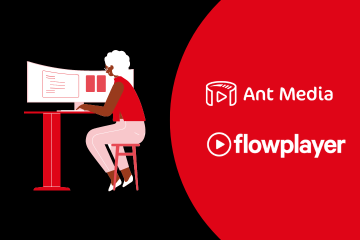 How to integrate Flowplayer into Ant Media Server

We previously announced our partnership with Flowplayer. With Flowplayer and Ant Media combined you get a reliable, small, and fast video player with the possibility to do highly scalable video streaming. The partnership between Flowplayer Read more… 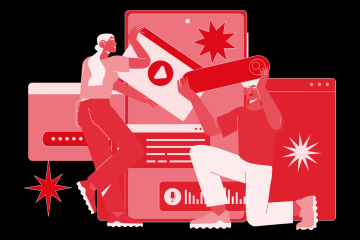 How to build a WebRTC Mobile App?

WebRTC has been a very important protocol since its release, however its importance has increased with the Pandemic. WebRTC has become one of the most important standards for developing applications that need real-time latency, as Read more…