WebRTC (Web Real-Time Communications) is primarily known for its support for audio and video communications; however, it also supports data channels. This article explains more about this and shows you how to use Webrtc data channel.

What is a WebRTC data channel?

WebRTC data channel is another channel in WebRTC other than video and audio. In the data channel, you can send any kind of information to other clients. Data channels can be utilized in various use cases including chat, control messages, or file sharing. Ant Media Server provides a generic data channel infrastructure that can be used in all use cases.

There are some data delivery options for data channels you can choose:

Sending and receiving messages with JavaScript

Sending and receiving messages via WebRTC data channels can be implemented using Ant Media Server Javascript SDK with less than 10 lines of code.

sendData = function(streamId, message) function in webrtc_adaptor.js is used to send messages as shown in the following code:

Here is a screenshot of the sample page that you can try in WebRTC publishing: 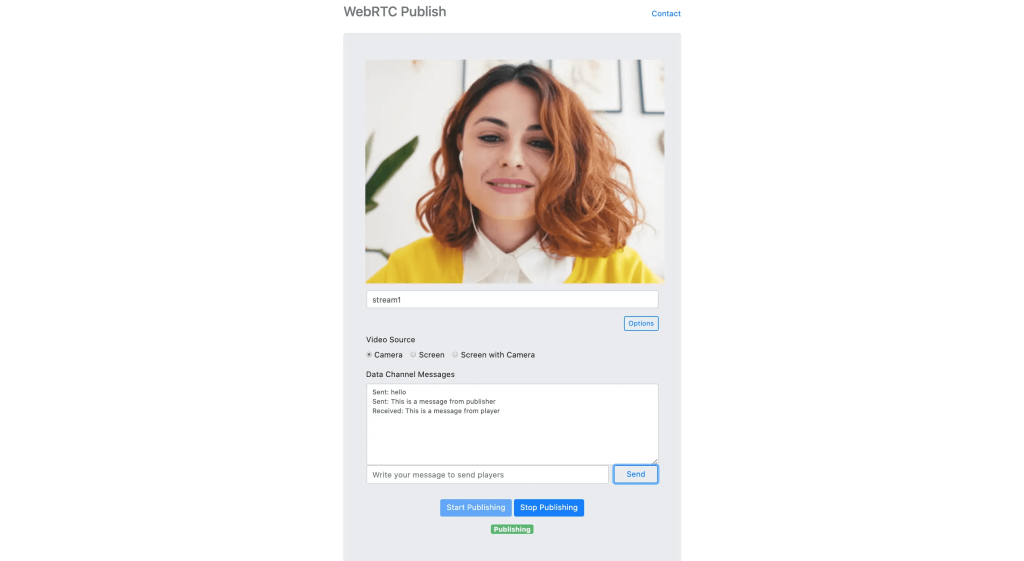 In order to receive a message, just add the following callback for WebRTCAdaptor. 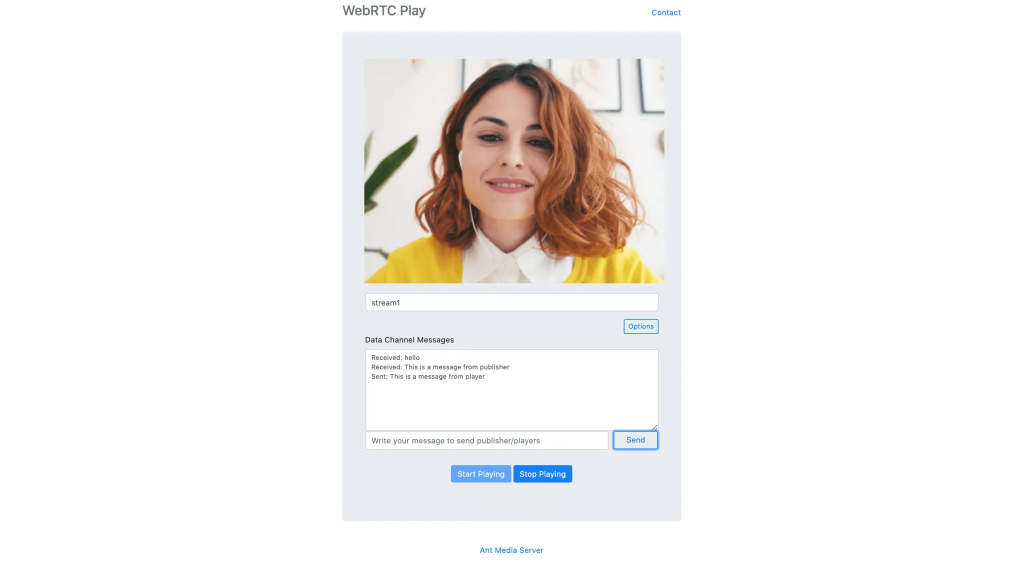 A basic sample for sending and receiving messages through the WebRTC data channel is available on WebRTC Publishing and Playing pages as shown above.

Exchanging data through WebRTC data channels is also straightforward with AMS Android WebRTC SDK. Your activity should implement IDataChannelObserver interface as shown below:

WebRTClient has sendMessageViaDataChannel(DataChannel.Buffer) method to send messages. It has also been called in MainActivity as follows.

In this example, we show the incoming text in a toast message.

Ant Media Server and WebRTC iOS SDK can use data channels in WebRTC. In order to use the data channel, make sure that it’s enabled both server-side and mobile. In order to enable it for the server-side, you can just set the enableDataChannel parameter to true in setOptions method.

You can send data with the sendData method of AntMediaClient as follows.

When a new message is received, the delegate’s dataReceivedFromDataChannel method is called:

Take a look at the VideoViewController.swift in order to see how to use the WebRTC data channel.

Sending data with the REST method

You can also programmatically send a data channel message with REST API. Here is an example of URL usage:

You can send any text with this method. The sample command above just sends {message: "test"} to the publisher or players of the {STREAM_ID}